Active Voice: The twister left a path of destruction through the town.

Who: the twister; did what? left a path of destruction; to whom? the town

Passive Voice: A path of destruction was left by the twister.

or: A path of destruction was left.

Writers should usually use the active voice rather than the passive. It is considered to be a more powerful and straightforward form of expression. The active voice also uses less words to convey the same message.

Press of the picture too zoom in

Identifying the subjects and verbs in the sentence is the first step to being able to recognize any type of sentence fragment. If a sentence is lacking a subject or a verb, then it cannot be a complete sentence.

We use first person when talking about: 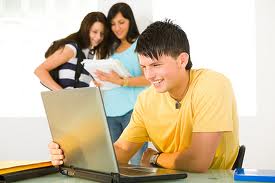 I always bring my laptop with me

We need someone to help us with our homework

You normally write in second person when addressing your audience.

Do you listen to your inner voice?

Third person is the most common point of view, and is traditionally used in academic papers.

When composing a paper, authors usually use third person pronouns or the name of the person's occupation. 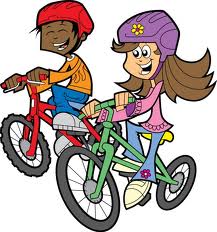 He sure seems happy to ride his bike with her. She adores her purple helmet, it has a new flower sticker.

They both got new bikes for their birthdays. They have been riding them all day!

Do you ever look at a text and wonder why it just doesn't make sense? Here are 5 of the common grammatical errors made in the English language.

All it takes to avoid this error is to take a second and think about what you’re trying to say.

“Your” is a possessive pronoun, as in “your car” or “your blog.” “You’re” is a contraction for “you are,” as in “you’re screwing up your writing by using your when you really mean you are.”

Image source: "Your Dinner vs You're Dinner".[PNG]. (n.d.). Retrieved June 8, 2017 from https://www.someecards.com/usercards/viewcard/your-dinner-vs-youre-dinner-one-leaves-you-nourished-the-other-leaves-you-dead-correct-grammar-saves-lives-afbf1/

This is another common mistake. It’s also easily avoided by thinking through what you’re trying to say.

“It’s” is a contraction of “it is” or “it has.” “Its” is a possessive pronoun, as in “this blog has lost its mojo.” Here’s an easy rule of thumb—repeat your sentence out loud using “it is” instead. If that sounds goofy, “its” is likely the correct choice.

This one seems to trip up everyone occasionally, often as a pure typo. Make sure to watch for it when you proofread.

“There” is used many ways, including as a reference to a place (“let’s go there”) or as a pronoun (“there is no

hope”). “Their” is a plural possessive pronoun, as in “their bags” or “their opinions.” Always do the “that’s ours!” test—are you talking about more than one person and something that they possess? If so, “their” will get you there.

*Note: "They're" is a contraction of 'they' and 'are'. While the author of the original document forgot to mention this, it is still as commonly used in error or forgotten as the other two.

Image source: "You Had me at Your Proper USe of  There, Their, and They're".[PNG]. (n.d.). Retrieved June 7, 2017 from https://www.someecards.com/usercards/viewcard/MjAxMS02NDYxYzg5MjdkYWU2MDAw/

“Affect” is a verb, as in “Your ability to communicate clearly will affect your income immensely.” “Effect” is a noun, as in “The effect of a parent’s low income on a child’s future is well documented.” By thinking in terms of “the effect,” you can usually sort out which is which, because you can’t stick a “the” in front of a verb. While some people do use “effect” as a verb (“a strategy to effect a settlement”), they are usually lawyers, and you should therefore ignore them if you want to write like a human.

The dangling participle may be the most egregious of the most common writing mistakes. Not only will this error damage the flow of your writing, it can also make it impossible for someone to understand what you’re trying to say.

Now check out these two:

The problem with both of the above is that the participial phrase that begins the sentence is not intended to modify what follows next in the sentence. However, readers mentally expect it to work that way, so your opening phrase should always modify what immediately follows. If it doesn’t, you’ve left the participle dangling, as well as your readers.

This wonderful source of information was taken from "5 grammar mistakes that make you look dumb" http://www.copyblogger.com/5-common-mistakes-that-make-you-look-dumb/

Check out this comics from Oatmeal about top 10 Misspelled words.

Transitional expressions can indicate the direction of your thought as you pass from one topic to another. They provide logical and coherent organization allowing the paper to flow from the first supporting point to the last. They also show that you are beginning a new idea or subtopic in your writing.

Like signposts, they inform your reader that one part or stage of the discussion has ended, and they also give a hint of what connection the next section of thought has with the just-completed section.  In this way, a transition helps your reader follow the flow of your ideas and identify the relations between separate ideas. The following examples illustrate how a transition placed at the beginning of a new paragraph not only shows a step forward in the thought, but also relates to the new material that preceded it.

Example 1: On the other hand, going out tonight would reduce my stress level, and then I’d probably study better anyway.

Example 2: Consequently, I may need to re-take the course.

Example 3: In addition to retaking the course, I need to pay back my parents for the tuition.

Example 4: Finally, the best thing about me is that I love to spend time with my friends.

Example 5: Furthermore, my study time suffered from the amount of time I dedicated to socializing throughout the year.

Transitional words and phrases may also help you achieve sentence variety, whether you place them at the beginning of a sentence or after the subject of the sentence.

Pronoun - takes the place of a noun

Adjective - describes a noun or pronoun

Verb - shows action or state of being

e.g. We are friends, this is my house

e.g. under, over, beside

A figure of speech is a rhetorical device that achieves a special effect by using words in distinctive ways. There are hundreds of figures of speech!

Figurative language is often associated with literature - and with poetry in particular. But the fact is, whether we're conscious of it or not, we use figures of speech every day in our own writing and conversations

For example; common expressions such as "falling in love", "racking our brains", "hitting a sales target", and "climbing the ladder of success" are all metaphors.

Likewise, we rely on similes when making explicit comparisons ("light as a feather") and hyperbole to emphasize a point ('I'm starving!")

When discussing poetry or literature, it is important to be able to use appropriate vocabulary. Once individuals understand a common vocabulary, it makes it possible to discuss the literary works in more specific detail.

A clause is a unit which contains a subject and a verb. For example, "It was raining" is a clause; the subject is 'it', and the verb is "was raining". Every sentence MUST contain at least one clause, but it may contain more than one.
For example:

It was raining, so I took my umbrella.

This sentence contains two clauses, "it was raining" and "I took my umbrella." They are independent clauses because each one would be a good sentence on its own.

2. Joining clauses together with coordinating conjunctions

It was raining, so I took my umbrella.

These conjunctions are also used:

There are three things to remember when using coordinating conjunctions:

An easy way to remember the 7 coordinating conjunctions is the acronym FANBOYS; For, And, Nor, But, Or, Yet, So.

Adapted from University of Victoria's English Language Centre and from http://www.chompchomp.com/terms/coordinatingconjunction.htm

Did you know the difference between to say and to tell? Take a look at this quick guide to learn!

Go to the English Club at http://www.englishclub.com/vocabulary/cw-say-tell.htm