Some of the content of this guide was modeled after a guide originally created by Openstax and has been adapted for the GPRC Learning Commons in September 2020.

This work is licensed under a Creative Commons BY NC SA 4.0 International License.

Atoms are known to be the basic building block of matter. An atom consists mostly of empty space and subatomic particles: electrons, neutrons, and protons. Neutrons and protons are housed in the atom's nucleus, and the electrons are the cloud surrounding the nucleus. Neutrons have no charge, protons have a positive charge, and electrons are negatively charged.

Depending on the level of chemistry you are taking, you will come across one of the following models of the atom:

Bohr's Model of the atom is introduced to those who are starting to learn chemistry at the basic level and the Quantum Model is introduced at a more advanced level.

Bohr's Model of the Atom

In the model proposed by Bohr: 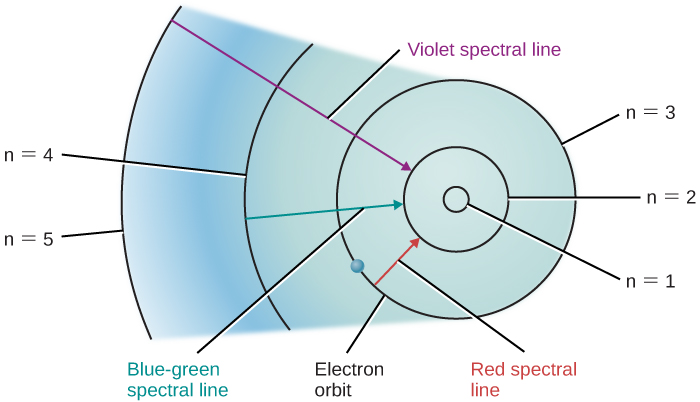 This visual representation of Bohr's postulate shows how the energy is either transferred or absorbed when the electron shifts from one energy level to another (Aasoka, 2015).

Atomic number: The number of protons in an atom's nucleus is the atomic number for that atom. This number also determines where the element is placed in the periodic table.

Mass number: The total number of an atom's neutrons and protons is that atom's mass number.

Atomic mass = Atomic mass is defined as the mass of an atom expressed through a unit called "daltons" (noted as "Da" or "u"). One dalton is equal to 1⁄12 of the mass of one carbon-12 atom. It is equal to the sum of the masses of protons, neutrons, electrons, and binding energy of an atom. Neutrons and protons make up almost all of the atomic mass, with a small contribution from electrons and binding energy.

In chemistry, "element" describes an atom that has a certain number of protons - every atom with that number of protons is considered an atom of the same element. Elements are the fundamental materials that make up all matter. In other words, they cannot be simplified into smaller substances using ordinary chemical reactions. These elements are arranged in a periodic table (shown below) based on their atomic number. 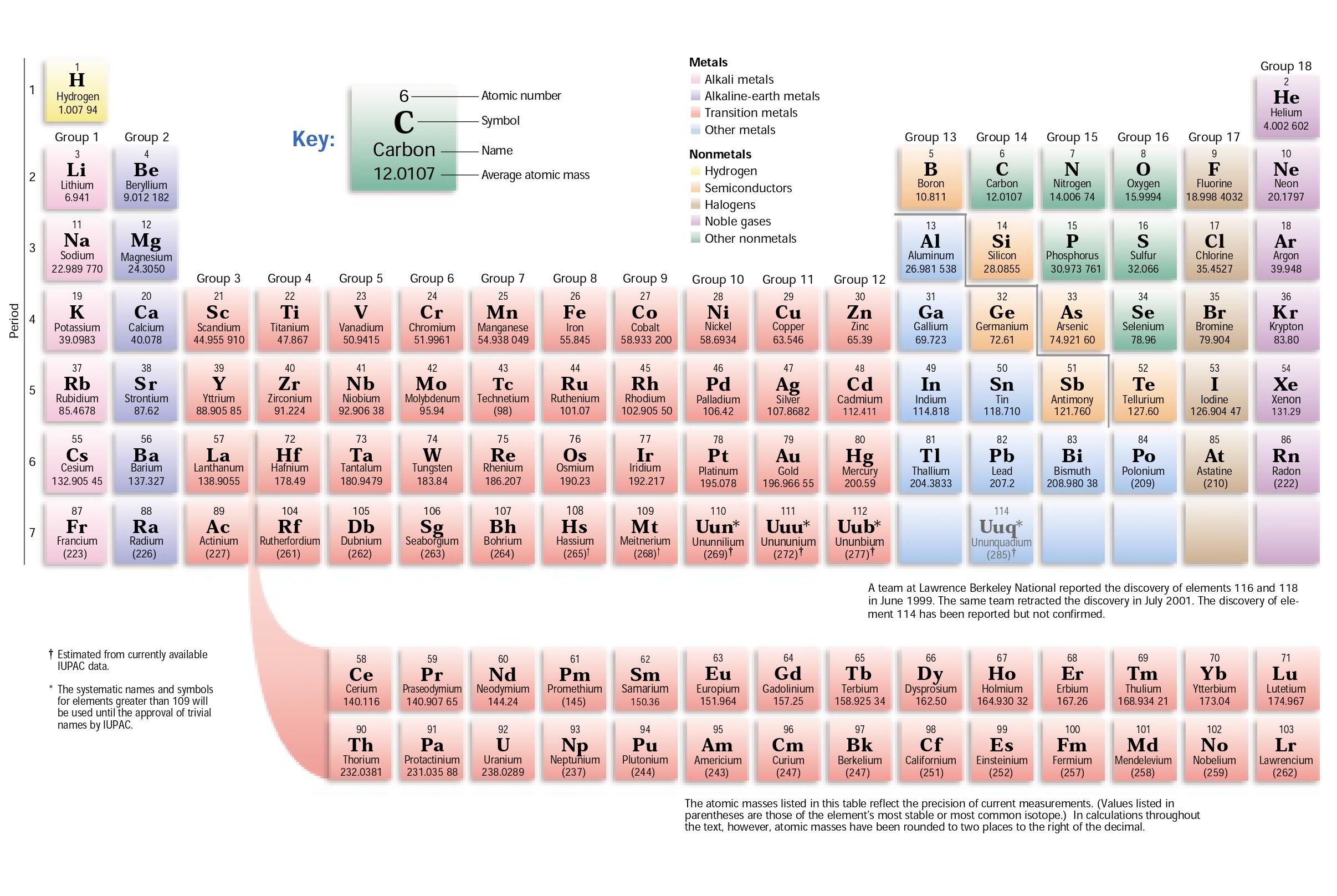 Isotopes are elements that have the same number of protons and electrons with a different number of neutrons. For example, the following figure shows the isotopes of carbon:

While all three isotopes above have six electrons and six protons, their mass numbers are different due to their different numbers of neutrons.

Atoms from different elements (two or more) combine together through different chemical bonds to form compounds. There are two major types of chemical bonds: covalent bonds and ionic bonds.