Some of the content of this guide was modeled after a guide originally created by Openstax and has been adapted for the GPRC Learning Commons in October 2020. This work is licensed under a Creative Commons BY NC SA 4.0 International License.

Lewis Symbol of an Atom

Constructed by drawing the chemical symbol of atoms and valence electrons using dots around them as shown below. 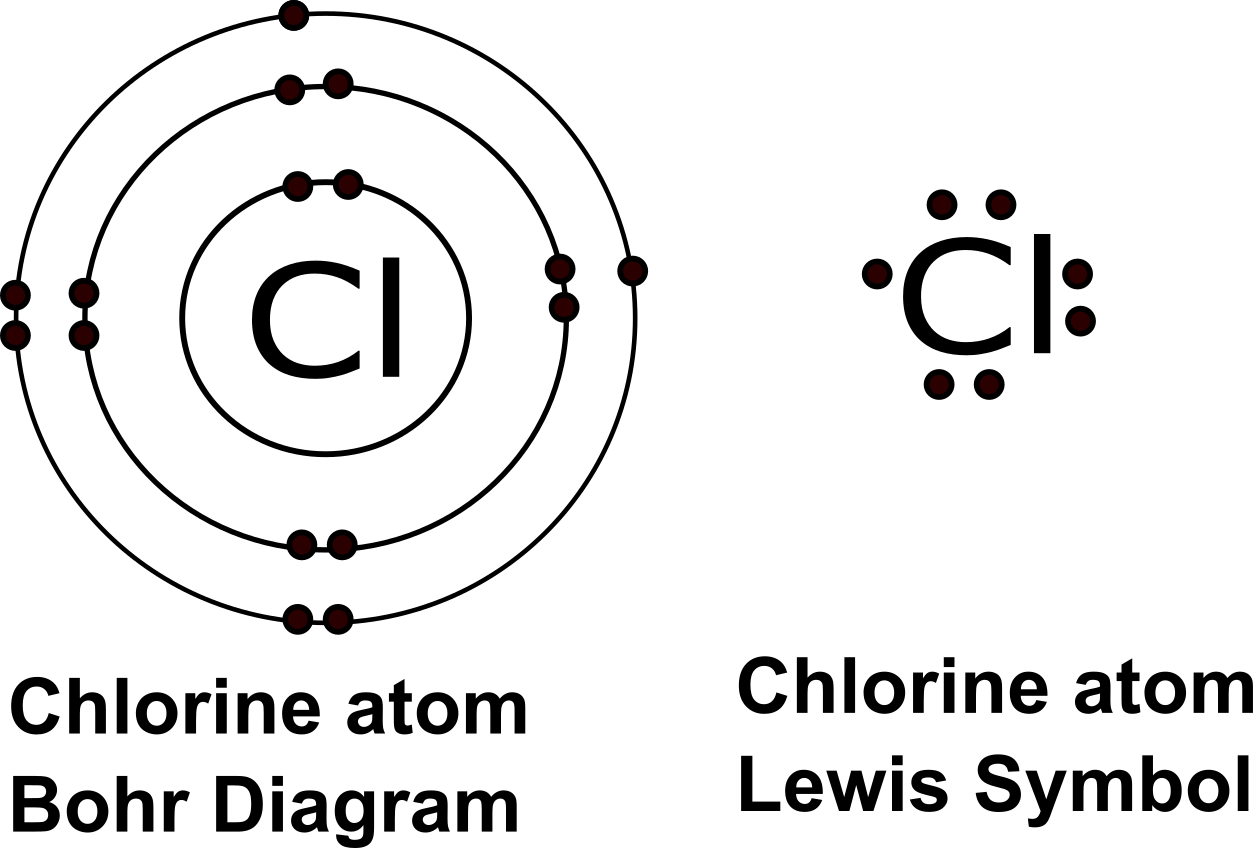 Chlorine atom is in group VIIA and has 7 valence electrons.

Note: if you are taking basic level chemistry you might not be familiar with s and p shells. At this level just remember octet rule implies the atoms’ tendency to have a valence shell with eight electrons. This can be attained by either losing electrons, gaining electrons, or sharing electrons with other atoms.

This rule states that Hydrogen and Helium can have only two electrons in their valence shells.

There are fewer exceptions to the above duet and octet rules.

Boron – forms compounds with other atoms having less than eight valence electrons as the central atom. 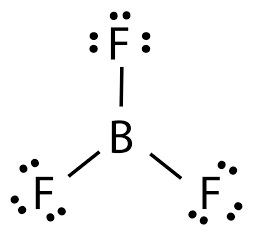 In the above example, Boron as the center has only six electrons in its valence shells and Flourine has eight electrons satisfying the octet rule.

Beryllium: forms a compound with Hydrogen the fewer than eight electrons in its valence shell. The lewis diagram of such an example is given below.

In this example, Beryllium has only four valence electrons in its valence shells and hydrogen has two electrons satisfying the duet rule.

On the other hand, elements from third-row and beyond in the periodic table exceed the octet rule and are observed to have more than eight electrons surrounding the central atom. 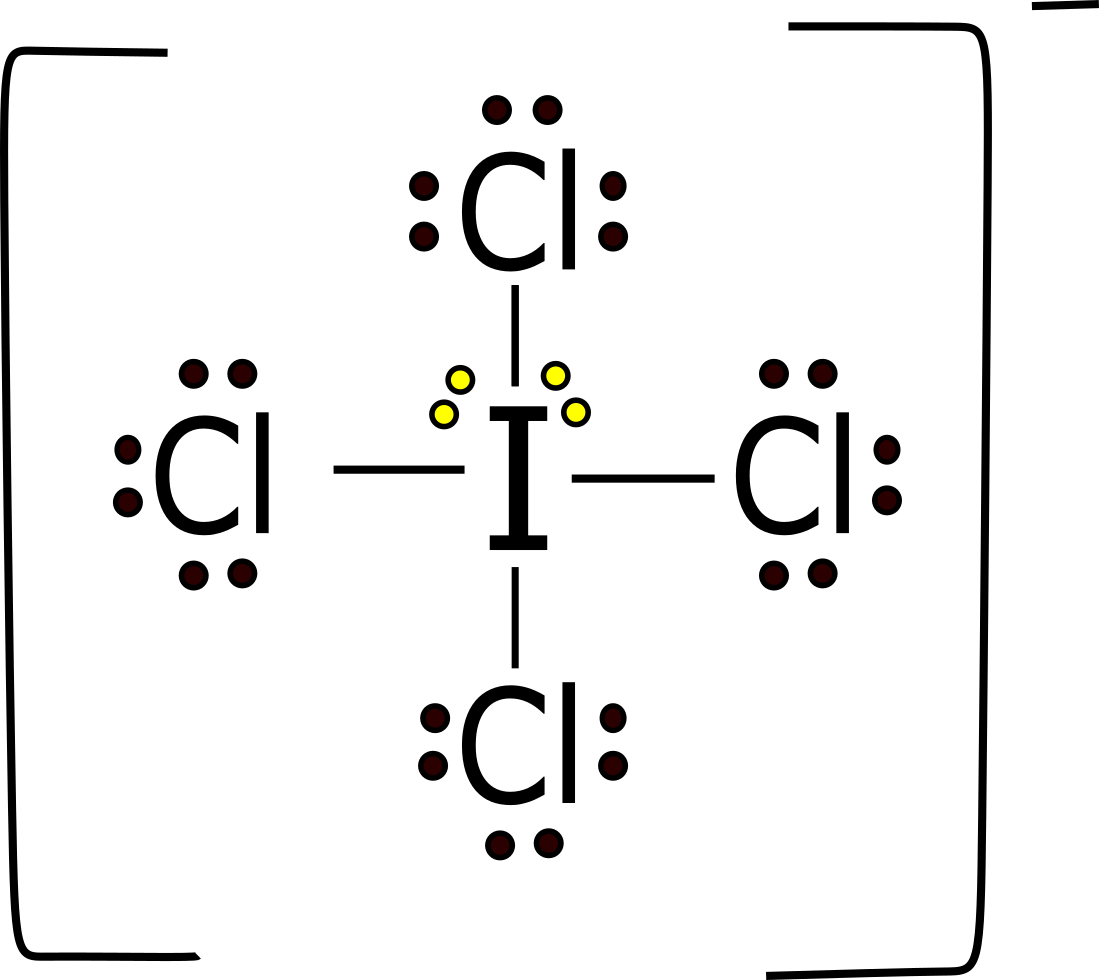 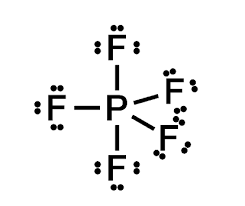 An ionic bond is formed when there is a complete transfer of valence electrons from one atom to the other in order to satisfy the octet rule where atoms tend to achieve noble gas configuration. The atom that gives up electrons is known as an electron donor (metal) and the atom that accepts electrons is the electron acceptor (nonmetals).  As a result of electron transfer, one atom (metal) becomes a positively charged cation and the other (nonmetal) becomes a negatively charged anion. The electrostatic attraction between these positively charged ions and negative charge ions forms the linkage known as an ionic bond.

Na in the case forms Na+ ion is because it has one valence electron and would lose that to obey the octet rule.

Cl has 7 valence electrons and accepts that one electron lost by Na to become Cl-  and satisfies the octet rule of having eight electrons in its valence shell.

Covalent bonds are formed when atoms share electrons among themselves. By sharing electrons atoms can satisfy the octet rule. 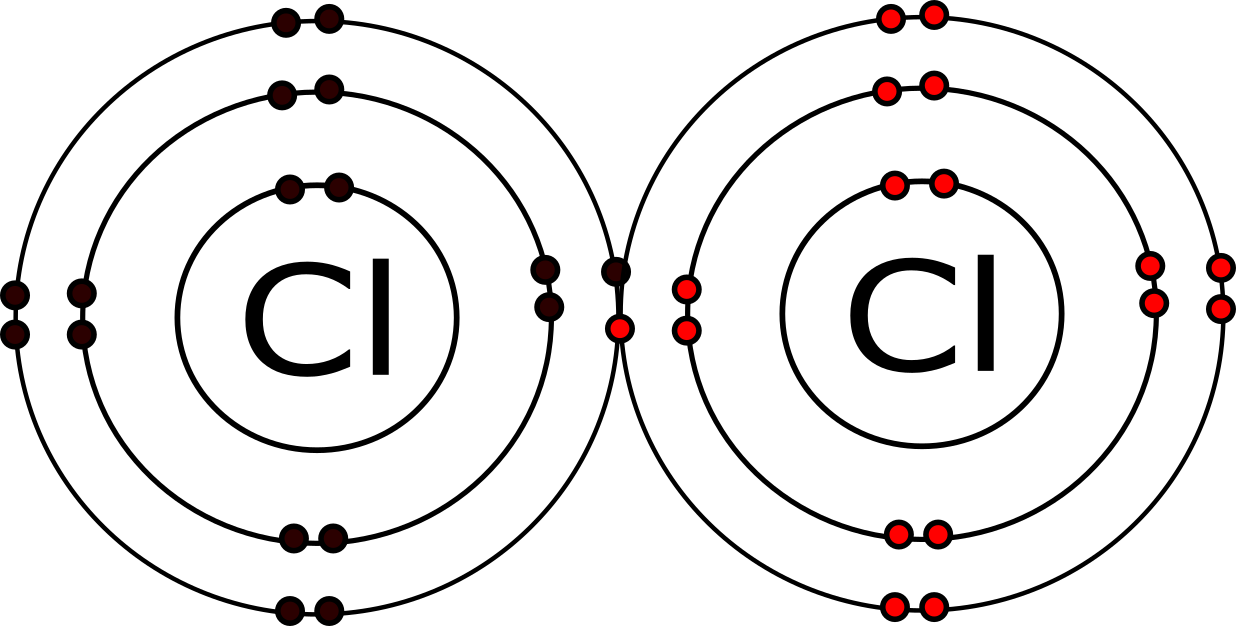 Depending on the number of electrons shared the bonds can be:

Depending on the electronegativity difference of the atoms in a compound, the bond formed can be one of the following

Electronegativity is an atom's ability to attract electrons when they form compounds. The electronegativity difference among atoms of a compound determines the polarity of the bond.