Some of the content of this guide was modeled after a guide originally created by Openstax and has been adapted for the GPRC Learning Commons in February 2021.

The YouTube videos on this page are as follows:

This work is licensed under a Creative Commons BY NC SA 4.0 International License.

A review of the redox reaction can be found here.

A galvanic cell or voltaic cell consists of the following components, as shown in the figure below:

Cell notations are short hand notation of galvanic (or voltaic) cells that describe the following: 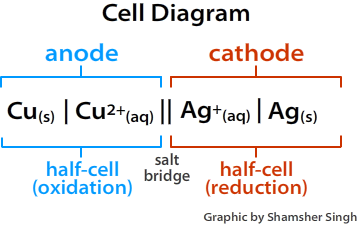 In the above example:

An inert electrode is a non-reactive electrode whose primary purpose is to transport electrons. It does not exchange electrons with the solution.

A reactive electrode (such as copper in the above example) is something that participates in the reaction. In the example above, copper is being oxidized to produce Cu2+.

Cell potential is the potential difference that exists between two half-cells. It is calculated using the following formula:

where Eo is the standard reduction potential found in your data booklet, as shown below: 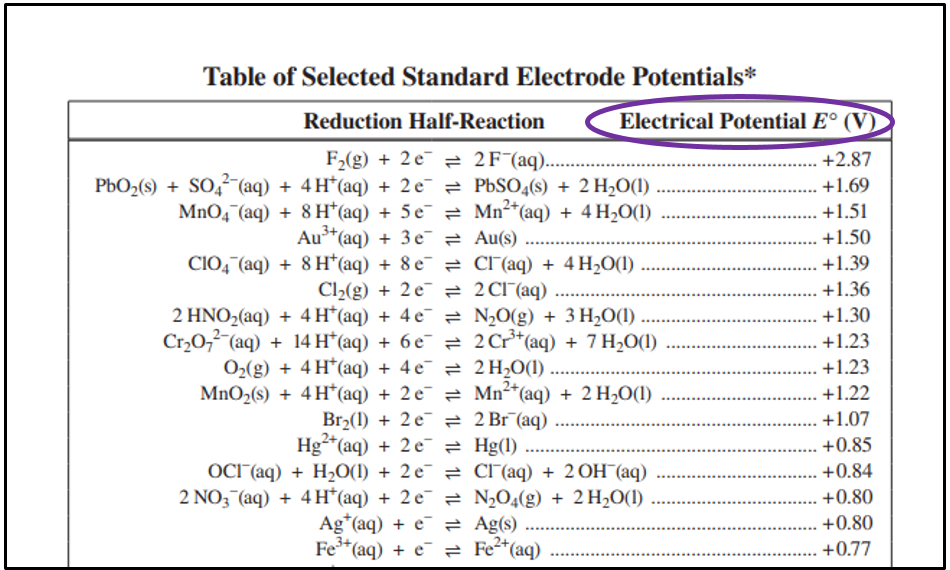 Calculating the cell potential for the reaction in the previous section would go as follows:

Since copper is being oxidized, we use the oxidation half-cell of the redox reaction. Therefore, we reverse the sign of Eo

This reduction half-reaction is multiplied by two, balancing the number of electrons between both half-reactions.

Note: Since the cell potential is positive, it is a spontaneous redox reaction!

Voltaic cells are driven by a spontaneous redox reaction which converts chemical energy into electrical energy. 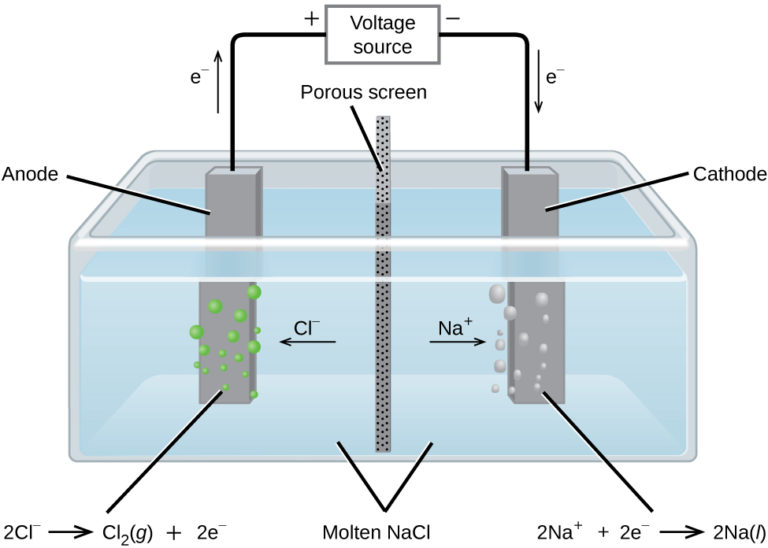 The half-reactions for the figure above are as follows:

The table below shows the comparison of voltaic cells and electrolytic cells: