Some of the content of this guide was modeled after a guide originally created by Openstax and has been adapted for the GPRC Learning Commons in October 2020. This work is licensed under a Creative Commons BY NC SA 4.0 International License.

Predicting the Formulas of Ionic Compounds

Ionic compounds are electrically neutral therefore they have an equal number of positive charges and negative charges.

Predict the formula of Aluminum Oxide

Then the formula becomes: Al2O3

Tip: In cases like the one above where the two ions have different ionic charges, you can think of it as taking the magnitude of the charges and swapping them to make them into subscripts as shown below to form the compound. 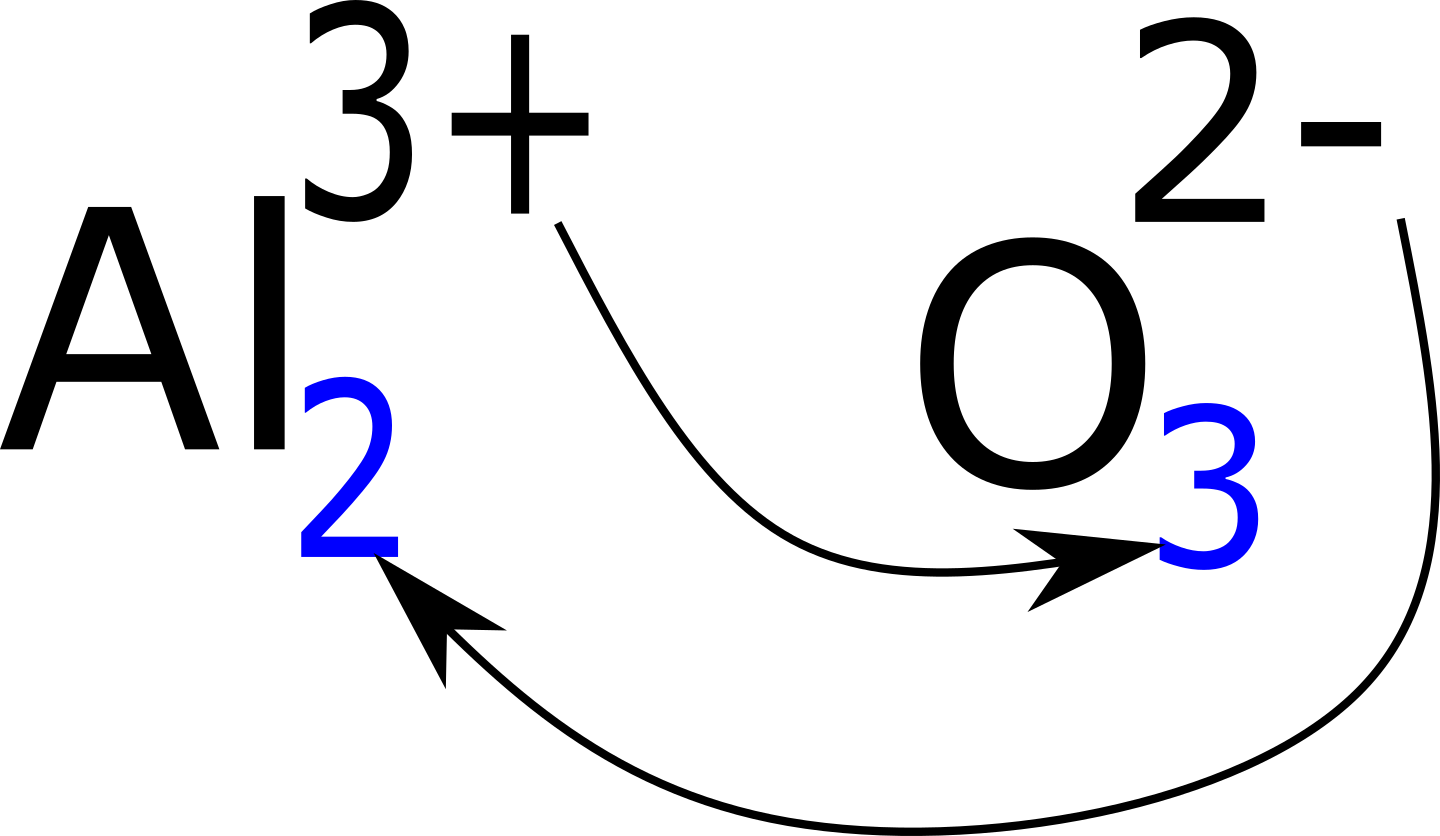 Predict the formula of Sodium chloride

One sodium ion gives one positive charge and the chloride gives one negative charge to give a total of zero charges on the compound of sodium chloride. Therefore only one of each ion is needed to form the compound.

Predicting the formula of ionic compounds with polyatomic ions

** Polyatomic ions consist of two or more covalently bonded atoms and it acts as one single ion.

1)  Predict the formula of Sodium Carbonate

The sodium ion in this compound has a charge of +1 and carbonate is a polyatomic ion with a charge of -2. Two sodium ions (Na+) are needed to give two positive charges and one carbonate ion ( CO32- )gives two negative charges. They add up to give a total charge of zero, making the compound electrically neutral.

Applying the tip given above gives the following:

2)  Predict the formula of Aluminum Sulfate

The Aluminum ion in this compound has a charge of +3 and Sulfate is a polyatomic ion with a charge of -2. Two Aluminum ions ( Al3+ ) are needed to give six positive charges and three sulfate ions ( SO42- ) give six negative charges. They add up to give a total charge of zero, making the compound electrically neutral.

Using the above tip given