Some of the content of this guide was modeled after a guide originally created by Openstax and has been adapted for the GPRC Learning Commons in February 2021. This work is licensed under a Creative Commons BY NC SA 4.0 International License.

The capacity to do work, generate heat, and/or generate electricity.
Kinetic energy

The transfer of thermal energy from one source to another.
Specific heat capacity

The heat required to change the temperature of a unit mass of a substance by 1 degree celsius.

The sum of a chemical system’s kinetic and potential energy under constant pressure and temperature.

Molar enthalpy
The enthalpy change per mole of a substance.
Calorimetry

A technological process of measuring the amount of heat released or absorbed in a chemical reaction.
Chemical change

A chemical change happens when the composition of substances changes during a chemical reaction. Some of the indicators of chemical change can be temperature increase/decrease or color change.

Change in enthalpy of a chemical reaction that happens under constant pressure. It's the amount of heat that's either added to the system or removed from the system.
Exothermic reaction

Exothermic reactions are those that release energy, usually in the form of either heat or light.

Endothermic reactions are those that absorb energy, usually in the form of either heat or light.

The energy required to break a chemical bond or the energy released when a bond is formed.
Activation energy

The energy required to break apart the atoms in reactants. Activation energy is always higher than the energy contained in the reactants and the products. A catalyst can be used to lower the activation energy.
Hess's Law

This law states that the total enthalpy change of a reaction can be calculated from the sum of the energy changes that occur in the separate reactions comprising it.
Heat of formation

The changes in potential energy that occur at the time of compound formation from its elements (for example, the formation of water from hydrogen and oxygen).

The calorimeter is utilized to measure the amount of heat released or absorbed during a chemical reaction. The components of a bomb calorimeter are shown in the images below: 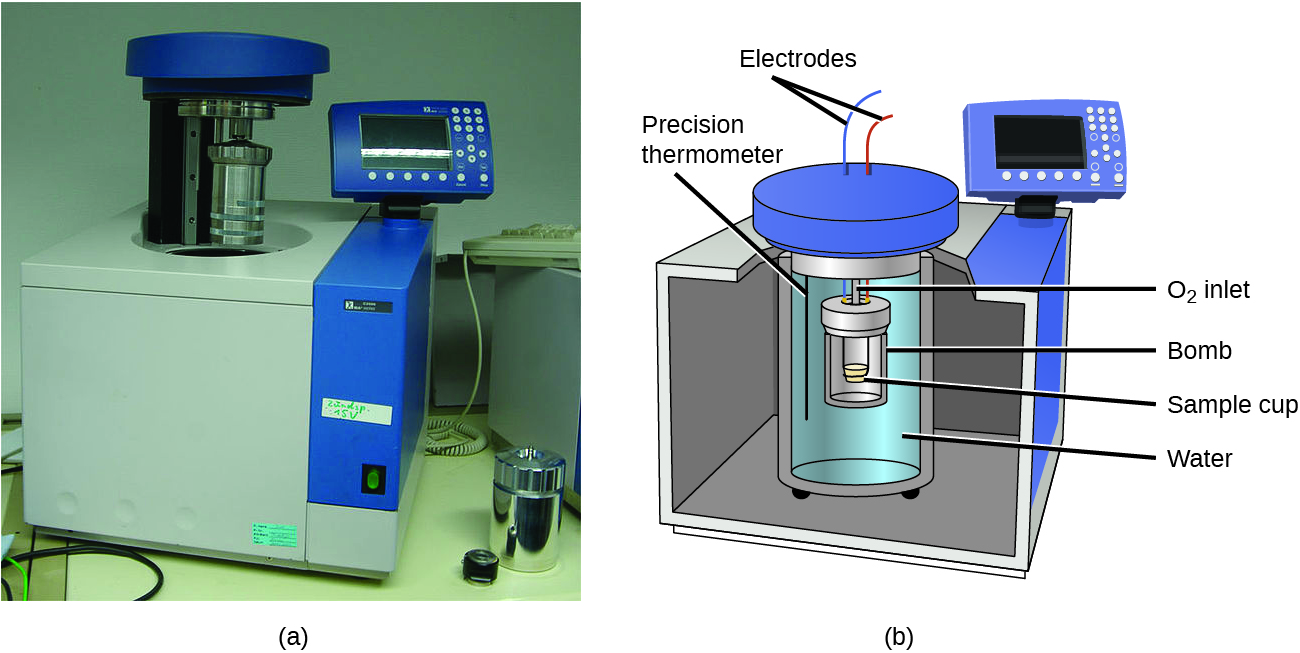 Using Calorimetry Data to Calculate the Enthalpy Change of a Reaction

For a chemical reaction that occurs in a calorimeter, the following assumptions are made:

With the above assumptions, the amount of heat absorbed or released is calculated using the temperature change, specific heat capacity, and the mass of the solution, as shown in the formula below:

The molar enthalpy of combustion for methane is –890 kJ/mol

Determine the heat of reaction for the following reaction:

Using the following sets of reactions:

4NH3 is needed on the reactant side in the final equation, so we reverse the second equation and multiply it by two:

Note: Don’t forget to reverse the sign of DH and multiply the value by two as well.

5O2 is needed on the reactant side, but if it is found in more than one place, just skip it. It will take care of itself.

4 NO is needed on the product side in the final equation and it is found in the first equation. Multiply it by two to get 4 NO.

Note: Don’t forget to multiply DH by two as well.

6H2O is needed on the product side and it is found in the third equation. To get 6H2O, multiply the equation by three.

Note: Don’t forget to multiply DH by three as well.

***This is an exothermic reaction because the final DH is negative.

Note: The number of oxygen took care of itself, leaving five oxygen (5O2) in the end. Therefore, if a specie appears in more than one place, skip it at the previous level.

The enthalpy change of a reaction can be calculated using the tabulated values of enthalpy of formation with the help of the following formula:

Calculate the enthalpy change of the combustion of liquid ethanol.

Step 2: Calculate the enthalpy change using the above equation. 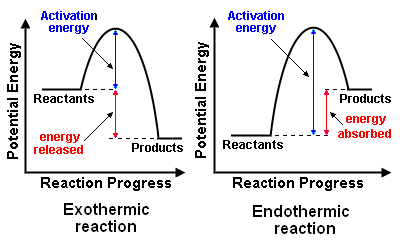 The enthalpy of a chemical reaction can be calculated in three different ways:

You can choose which method to use based on the information given to you in the question.